Mind the Asterisk: What to Look for in a Card Solution

Credit cards are a valuable component of a supplier payment program. Not every supplier will accept card payments, but many do prefer the speed, convenience, and security that comes with it. The company making payments also gets a one or two percent rebate.*

*Except when they don’t.

That can be a problem—even a career-ending one. We work with a client who signed up for a card program with one of the major card networks through their bank. When considering their client’s card spending, the bank projected that their client would receive $4 million in rebates. That’s a significant amount of money, so the company put it in their budget. In the end, they only earned about ten percent of that amount in rebates—and somebody got fired over the miss.

Job loss is an extreme example of a situation gone wrong. Still, it speaks to something I frequently see in the marketplace: Companies sign up for card programs based on the expectation of rebates that never even come close to what was projected. To only get 10 or 15 percent of that amount is actually very common. Rebates will also steadily decline over time without an ongoing effort to upkeep them.

There are two reasons for this lack of upkeep: Supplier enablement and the asterisk attached to that rebate percentage.

It begins with the way in which banks estimate rebates for their card programs. They get a supplier file from the prospective client and cross match it with their acceptance network. If they find suppliers in their network with whom the client spends six or seven digits annually, they would only have to enable a few of them to get a large program. They tally up the spending with those big suppliers and multiply that number by the advertised rebate percentage to get a projected rebate number.

This is a purely theoretical number. Card network agreements typically say that companies who join their acceptance network cannot pick card payees. If they accept card payments from one company, they have to accept them from all. But in practice, that does not happen, and we all know it. A supplier may be happy to accept a card at a terminal or for small, one-time orders. Even so, they don't necessarily want to accept the same for large orders from their strategic customers, where they may already have terms in place. They may accept it until a larger invoice goes out, and the cost is too much to bear. They may continue to accept card payments, but pass the fee on to the buyer, either as a direct charge or in the form of a price increase.

Most buyers are not going to force a supplier to take payment by card. They have relationships they want to maintain. They also realize that margins are thin. Asking suppliers to accept card in the first place will shave a couple of percentage points off in card fees, and they don’t want to throw their suppliers under the bus.

In fact, accounts payable teams don’t enjoy—or have time for—reaching out to enroll suppliers in card options in the first place. Initially, the bank helps identify card-accepting suppliers. After the program goes live, however, AP is pretty much on its own. If they don’t enable new suppliers or keep existing ones on board, card spend will decline.

That’s when the asterisks kick in.

Many bank programs are tiered based on how much you put on card. The advertised rebate may be 2 percent, but below a certain spending threshold, it may drop to 1.5 percent. Go below that threshold, and it sinks to 1 percent.

There may be other caveats as well, such as requirements around “file turn days,” which is the time to pay. In this case, you must pay within 7 days of getting the statement to get the highest rate. Some banks even offer daily terms. Whatever you spend that day, for example, you have to pay the next day to get the advertised rebate.

Then there are Level 1, 2, and 3 transactions, which carry different fees based on risk. Say you swipe a card at the gas pump, and you enter your zip code. That’s a Level 1 transaction because it’s a relatively small amount, and you’re providing additional data. The merchant pays a reduced discount fee because there’s less risk, which means the rebate is also reduced.

There’s also the danger of clawbacks—the pulling back of already-disbursed funds. Banks and card providers will sometimes offer a signing bonus against the projected rebate, with a clawback provision to protect themselves if card spending turns out to be lower—which it almost always is.

The final insult: Some card companies hold your rebate until the end of the year because they want to ensure you’ve hit an annual minimum.

These programs are marketed and sold at the highest possible outcome, but the reality is vastly different. Accounts payable teams have to hustle to enable enough suppliers—and keep them enabled—and maintain their information to make the projected rebate. Only a handful of companies will achieve the promised rebate and end up at the profitable end of the curve. If you don't understand the bank’s projection requirements and budget, you’re taking a big risk. Of course, the bank has managed its risk, and they still make money on every card transaction no matter what.

Payment automation providers take a different approach. First, we reach out to all of your suppliers, not just those you spend the most with. It doesn’t make sense for an AP department to reach out to smaller suppliers every year to ask if they’ll accept payment by card. It does make sense for a payment automation company to do so because we’ve built a network of suppliers paid by hundreds or even thousands of clients. Also, we have a share in the rebate. That means you’ll see a lower advertised rebate rate, but you’ll actually earn more money at the end of the day; more suppliers will accept card overall, and you’ll receive monthly rebates that are not tier-based.

Card options have not gotten as much traction in B2B payments as they should, and all the asterisks banks attach to card programs are part of the reason. The companies I talk to were burned by card programs presented by their banks. Because they didn't achieve the rebates they were led to expect, they’re hesitant to start new card programs with more specialized companies. Combine that with the perceived effort it takes to enable suppliers. Most companies end up not utilizing cards as strategically as they could.

Now that remote work is pushing companies to pay electronically, it’s worth taking another look at card programs to find one that can support your company’s financial goals by achieving the advertised rebate. It’s worth considering a card program supported by a comprehensive payment automation solution. The advertised rebate may be lower than the imaginary numbers projected by banks, but technology and services provided mean you’ll stand a much better chance of actually achieving it. 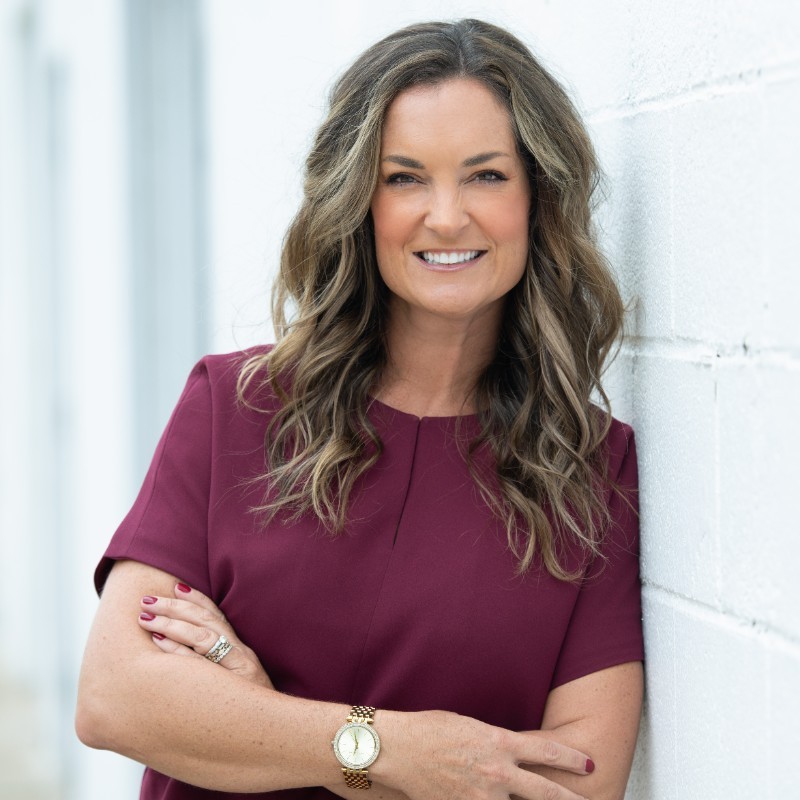 Kristin is Vice President of Regional Sales at Corpay, a FLEETCOR company. Her experience in sales and sales leadership spans 16 years. Kristin has received several accolades, including Sales Rep of the Year & Quarter, and multiple President’s Awards..